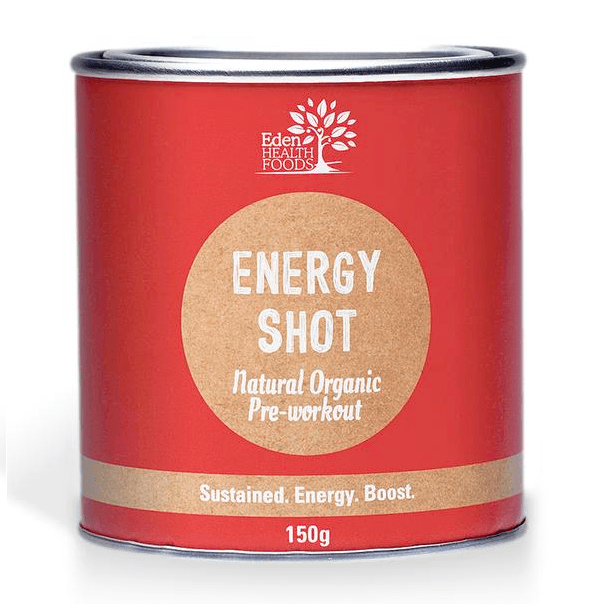 Energy Shot is Australia’s only entirely natural pre-workout made of organic and wildcrafted whole herbs and superfoods, designed to naturally stimulate and support. Users experience a gentle, clean, and calm increase in energy with a smooth finish. Unlike other highly caffeinated pre-workouts that create an artificial peak and then drop you, Energy Shot will work synergistically with the body to provide sustained energy throughout the day. The unique blend contains:

Mix 1 tablespoon (5g) with water, juice or smoothie. Morning is best or 1 hour before exercise. For best results add 1 tablespoon to a cup of boiling water and let steep. Can replace coffee. Alternatively soak 1-2 tablespoons overnight in water and then consume in the morning or throughout the day.