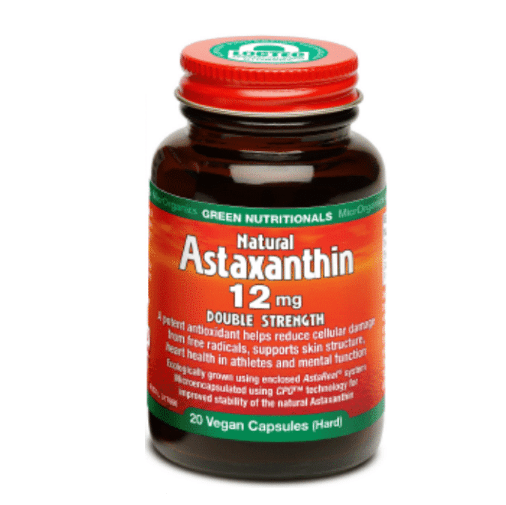 A potent natural antioxidant and anti-inflammatory.

A potent natural antioxidant and anti-inflammatory.

Astaxanthin is a carotenoid, like betacarotene. Betacarotene is probably the best known of all the carotenoids as it the best way to fulfil your body's Vitamin A needs. Astaxanthin has many powerful health benefits beyond many other carotenoids including: heart health, eye and skin health. It is 550 times more powerful than Vitamin E, 10 times that of betacarotene and surpasses Vitamin C as an antioxidant.

Adults: 1 capsule daily with meals or as recommended by your healthcare practitioner.